He received his education in the Kenosha public schools and went on to attend the University of Wisconsin at Parkside, where he graduated with a Bachelor of Science degree in Mechanical Engineering.

In November 1987 he married Evangelist Tonya D. Baldwin. He is the proud father of six children, five living. In 1990 he became the assistant pastor of Bethlehem Temple; He served in that capacity for 11 years until the death of his father and the pastor the late Bishop Jerry Baldwin Sr. 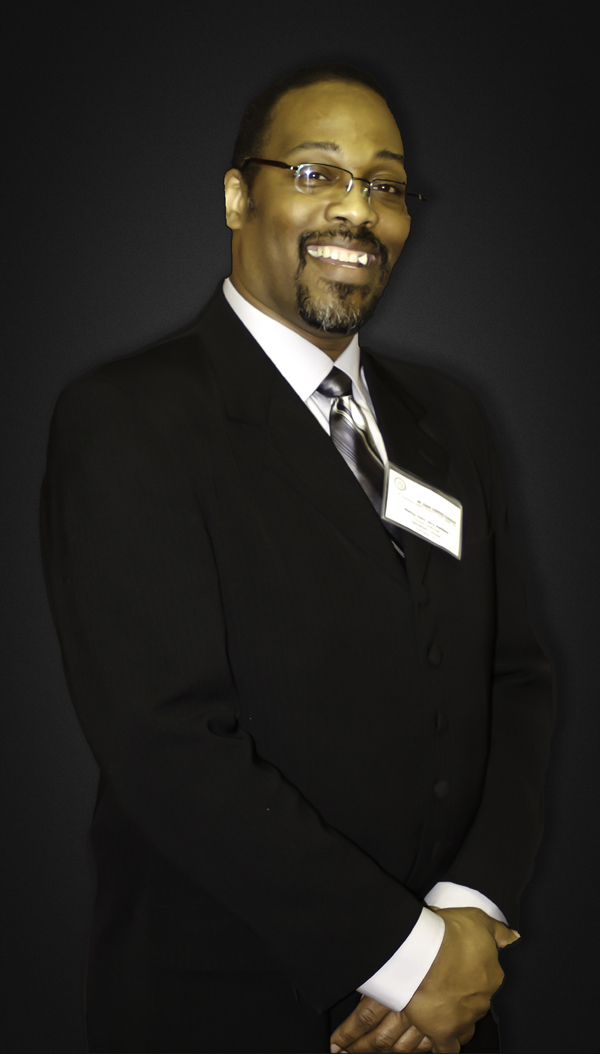 In April of 2001, he was installed as the pastor of Bethlehem Temple of Kenosha. Under his leadership the Bethlehem Temple family has erected a 9,400 square foot annex building which they have named the Bishop’s Wing. This building holds new classrooms, administrative offices, prayer rooms, and baptism rooms.

In July of 2004 the Bishop Board of the Pentecostal Churches of the Apostolic Faith, elevated him as a District Elder. At the 2005 National convention of the PCAF in Kansas City, MO, he was officially consecrated to the office of District Elder. In August of 2013 at the PCAF National Convention in Jackson, MS, the Bishop Board elevated him into the Bishopric. He was consecrated as Episcopal Bishop over the 24th Diocese of the State of Massachusetts in 2014 in Cincinnati OH.
Bishop Baldwin has held many positions in the church. He has served in his local assembly as Sunday School Teacher, Sunday School Superintendent, Deacon, and van driver. Presently Bishop Baldwin serves as the Council chairman of the Wisconsin District Council (PCAF). He has served as Wisconsin Council Sunday School Superintendent. He has served as the Treasurer for the PCAF Children of the Priesthood, the Assistant chairmen of the National Pastors Alliance (PCAF); the Secretary of the District Elders Board (PCAF); and on the auditing committee (PCAF).

Bishop Baldwin has traveled extensively all across the United States and the world; going to countries such as England, Switzerland, Sweden, Germany, Holland, Australia, and New Zealand.